Writers, Live and In Person

Yay, the French edition is now for sale at Harlequin France!

You can also buy it at Decitre.

Normally, my writers’ workshop meets once every couple of months, but it’s been a little less often lately. Some of us are engaged in big projects that must proceed too quickly to take time out for critique; others are dealing with life and health issues. Our founding member is living overseas this year, and we all miss her terribly. There’s email, but it’s just not the same.

I’ve been thinking once again about what a valuable thing a workshop can be to a writer. The critique is useful, of course. Over many years of shared critiques I have a good idea of the literary tastes of our members, but that doesn’t mean their comments aren’t useful; knowing what they generally like and dislike helps me to properly gauge what they’re saying about my work. We’re up-front about such things, anyway: “You know I hate all prologues, but I think this one serves a useful purpose”; or “I loved this story as soon as I met the talking space-squid!” 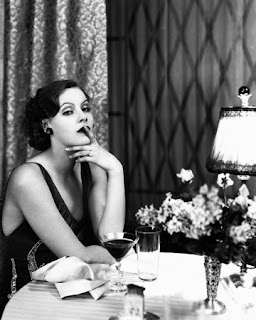 Perhaps more importantly, everyone in the workshop has different talents. I can count on some for noticing tiny details that I left out, or that need more explanation; others for sensing that the emotional arc might be made more intense with a change just here; others for pointing out that this character’s motives are completely obscure unless a certain element of his past is revealed. Not everyone attends every meeting, but even if there are only three or four people present, I still feel I get a good range of opinions.

Because I’m getting those opinions in person, I can also ask questions. Often, the post-critique cross-talk is just as valuable, or more so, than the critiques themselves. New connections and new inspirations are sparked, and critiquers remember other small items they meant to bring up but had forgotten earlier.

The best part of a workshop meeting, though, is the camaraderie. Writers spend so much time alone, working. It’s a real joy to meet face-to-face and just chat about our lives and our writing in general as well as the pieces we’re critiquing that month. We eat together, and rebuild our friendships, and remember the value in each of us.

Victoria Janssen [she, her] currently writes cozy space opera for Kalikoi. The novella series A Place of Refuge begins with Finding Refuge: Telepathic warrior Talia Avi, genius engineer Miki Boudreaux, and augmented soldier Faigin Balfour fought the fascist Federated Colonies for ten years, following the charismatic dissenter Jon Churchill. Then Jon disappeared, Talia was thought dead, and Miki and Faigin struggled to take Jon’s place and stay alive. When the FC is unexpectedly upended, Talia is reunited with her friends and they are given sanctuary on the enigmatic planet Refuge. The trio of former guerillas strive to recover from lifetimes of trauma, build new lives on a planet with endless horizons, and forge tender new connections with each other.
View all posts by Victoria Janssen →
This entry was posted in promo, writing, writing craft, writing process. Bookmark the permalink.

2 Responses to Writers, Live and In Person