Victoria’s kind invitation to write a piece for her blog about my writing journey sounded really simple. Then I realised it was going to be difficult to choose which aspect of my road to publication might be useful or interesting to someone. I started writing when I was in my early teens; that’s when I joined my first local writers group and sent off some of my poems to a local paper. It was when I got a postal order as payment for one of those poems that it dawned on me that maybe I could do this. 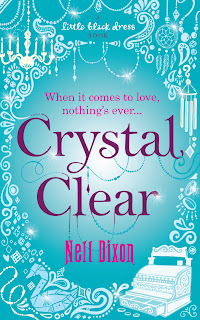 I’m a slow learner – I finished my first book when I was seventeen, a sci-fi romance that will never see the light of day. Then when I was aged thirty and pregnant with my eldest daughter I sent of my first submission to a publisher – Harlequin Mills and Boon. It was rejected with a detailed letter of everything that was wrong and trust me, there was a lot wrong. But, it also had lots of encouragement and a please send us anything else you have request. I thought ‘how lovely of them to spend that time writing back,’ put the letter in a drawer, had three children in four years and didn’t start to write again until just before my fortieth birthday.

I told you I was a slow learner! I then learned editors mean it when they ask for more work and lovely people though they all are, they don’t have time to write big long letters of helpful advice unless they see something in your work. Lesson one for me – when an editor gives you advice it’s like gold dust – treasure it.

So, I started writing and submitting again to Mills and Boon. I got lots of requests and almost-but-not-quites after revisions. The manuscripts began to mount up so I started to look elsewhere. One of the places I looked was at The Peoples Friend Pocket novels – published in the UK and in UK territories twice monthly and very similar guidelines to the Romance Lines I’d been targeting. 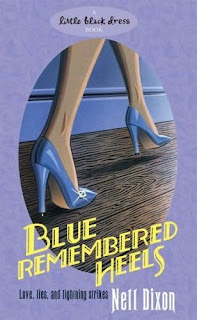 They bought Marrying Max, a book I’d written especially for one of the Mills and Boon editors at her request. It was light, bright and bouncy but then the line at that point in time decided to go darker and angsty. Marrying Max sold out for People’s Friend and went on to win The Romance Prize – now styled Love Story of the year. This is the only prize given in the UK for category length fiction. It beat the other finalists, all wonderful Mills and Boon titles and got me the attention of my agent, Darley Anderson who is also agent to Lee Childs and Martina Cole amongst others. It also got me attention to my current publisher, Little Black Dress, who remembered my name when I pitched to them later that year.

Lesson two for me – just because one door closes it doesn’t mean every door is closed.

I always thought I’d been incredibly lucky but then a writer friend pointed out that it wasn’t luck – it was perseverance, hard work and being prepared to adapt.

Lesson three for me – if you want to succeed then keep going.

Victoria Janssen [she, her] currently writes cozy space opera for Kalikoi. The novella series A Place of Refuge begins with Finding Refuge: Telepathic warrior Talia Avi, genius engineer Miki Boudreaux, and augmented soldier Faigin Balfour fought the fascist Federated Colonies for ten years, following the charismatic dissenter Jon Churchill. Then Jon disappeared, Talia was thought dead, and Miki and Faigin struggled to take Jon’s place and stay alive. When the FC is unexpectedly upended, Talia is reunited with her friends and they are given sanctuary on the enigmatic planet Refuge. The trio of former guerillas strive to recover from lifetimes of trauma, build new lives on a planet with endless horizons, and forge tender new connections with each other.
View all posts by Victoria Janssen →
This entry was posted in business of writing, guest, writing. Bookmark the permalink.