As I’ve mentioned before on this blog, this month I’m writing a short story, for submission to a romance anthology. It’s been a long time since I’ve written a short story, because I’ve been busy writing contracted novels for Spice; I paused a couple of times, and started stories, but didn’t finish them. 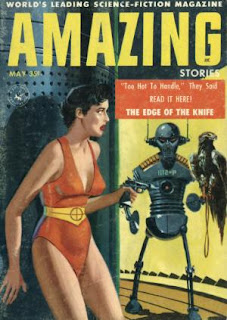 This past weekend I began remembering how writing short stories is different from writing novels. When I say short story, I mean less than 10,000 words. The guidelines for this particular anthology call for a minimum of 6,000 words, and I don’t plan to go much longer than that. I want a lean, tight story. But to tell a whole story at that length, the beginning can’t meander.

The beginning has to be right for a short story.

Back in November, I started writing this particular story. It’s going to have both science fictional and historical elements. I began writing in first person, as the heroine argued with a colleague in order to give the reader worldbuilding and character information, and also setting up that she’d made several visits to the past. It was lively dialogue, and their discussion continued for about a thousand words. Warning, Will Robinson!

I realized that however interested I might be in the science-fictional background, I was giving the reader no reason to care about any of it. Not only had I delayed showing the reader what the heroine wanted, I hadn’t shown the hero at all. I’d spent nearly four pages not doing those things, which ostensibly were the reason for the story. So, slice. I started over.

After another brief stab at using first-person fell flat, I changed tracks. Enough with the fancy literary devices, I decided. I switched to third-person limited, the hero’s point of view. He’s in hospital, in the middle of a war, and he’s suffering, and he’s looking forward to a visit from a woman he’s met a few times before. He wants to move forward in the story. He’s a historical character, and doesn’t know his heroine is arriving out of science fiction. He’ll learn that bit by bit, and the reader will learn it with him. Hopefully, that will keep the reader interested much more than being told about the shiny future, no matter how much the telling was enmeshed in shiny dialogue.

4 Responses to The Perfect Beginning