“I shall now defuse this highly explosive bomb while simultaneously, and at the same time, reciting from the works of Percy Bysshe Shelley.” –Gonzo the Great

While I’m writing my Crimean War time travel story, I’m also thinking about the second book on my current contract.

I am planning to propose another World War One paranormal, this one heavier on the paranormal elements. It would be a sequel to The Moonlight Mistress. 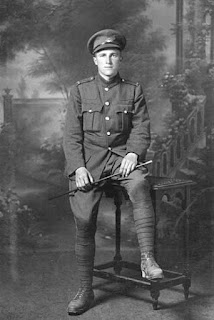 I haven’t fully developed a plot arc in my mind, but I have the character conflicts in my mind, which for me usually come first. The main couple will have internal conflicts that will generate external conflicts, complicating how they negotiate the big external conflict of the war. Their conflicts were set up in The Moonlight Mistress, and can proceed logically from there. I have a tentative plan for introducing a third major character, a new one, who will be a foil and sometimes a mirror. I also have a subplot in mind, involving other characters from The Moonlight Mistress, but that one is already getting complicated in my mind, possibly too complicated for a single subplot, even though it would work in beautifully in many ways. I’m not sure yet. So I’m letting my backbrain work on it.

That almost always works well for me. Think hard, then let it go. Later, think again. Probably once I’m done with the short story, and can devote all of my attention to it. Switching back and forth, I should get the best of both methods.

Victoria Janssen [she, her] currently writes cozy space opera for Kalikoi. The novella series A Place of Refuge begins with Finding Refuge: Telepathic warrior Talia Avi, genius engineer Miki Boudreaux, and augmented soldier Faigin Balfour fought the fascist Federated Colonies for ten years, following the charismatic dissenter Jon Churchill. Then Jon disappeared, Talia was thought dead, and Miki and Faigin struggled to take Jon’s place and stay alive. When the FC is unexpectedly upended, Talia is reunited with her friends and they are given sanctuary on the enigmatic planet Refuge. The trio of former guerillas strive to recover from lifetimes of trauma, build new lives on a planet with endless horizons, and forge tender new connections with each other.
View all posts by Victoria Janssen →
This entry was posted in business of writing, moonlight mistress, quotes, writing process. Bookmark the permalink.