I think that all Romance plots ultimately involve deferring consummation of the relationship, whether the desired consummation is intercourse, marriage, a marriage proposal, or simple acknowledgement by the couple that they are in love. If a consummation happens at the novel’s beginning, then either internal or external circumstances must conspire to prevent a second, deeper consummation until the novel’s end. (I hesitate to use the word climax. Heh.) 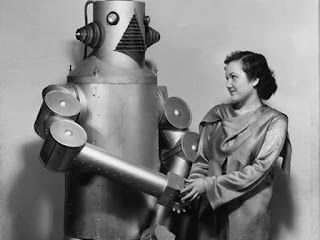 Tension, both sexual and narrative, is produced by various devices. Some of them include: The Big Misunderstanding, The Big Assumption, The Dark Moment, Seemingly Incompatible Characters, Cultural Conflict, Necessary Lies (espionage, investigation, protecting the other), Chased by Headhunting Mutants. I feel these can be divided into internal or external conflicts; the best way is to combine the two. Good authors will use personal conflict between their characters even if the base conflict is social/cultural/external; obviously, this is applicable to more than just Romance.

Similar personalities with differing goals also produce conflict; also, goals that appear to differ but turn out to be the same. If the characters have common feelings and goals, the slow growth of intimacy as they get to know each other can maintain tension, though usually at a lower level than conflict. Alternately, their similar feelings and goals can be disguised from them through external means: they are too caught up in outside events like the French Revolution, for example.

The trick is to make the romance happen among all that conflict. Though working together to survive a conflict is a good step along the way to friendship as well as romance.

My thanks to coffeeandink and daedala, who helped me talk this through a while back.

Victoria Janssen [she, her] currently writes cozy space opera for Kalikoi. The novella series A Place of Refuge begins with Finding Refuge: Telepathic warrior Talia Avi, genius engineer Miki Boudreaux, and augmented soldier Faigin Balfour fought the fascist Federated Colonies for ten years, following the charismatic dissenter Jon Churchill. Then Jon disappeared, Talia was thought dead, and Miki and Faigin struggled to take Jon’s place and stay alive. When the FC is unexpectedly upended, Talia is reunited with her friends and they are given sanctuary on the enigmatic planet Refuge. The trio of former guerillas strive to recover from lifetimes of trauma, build new lives on a planet with endless horizons, and forge tender new connections with each other.
View all posts by Victoria Janssen →
This entry was posted in reading, romance novels, writing craft. Bookmark the permalink.