Chapter One, “Nation, Race, and Empire”
During WWI, “Nationalism attempted to focus conflict outward–against a German foe inevitably constructed as a degenerate, barbaric ‘throwback’…As successful as such ideas were in garnering support for the war effort, they created problems of their own since ‘the nation,’ as defined, clearly could not accommodate the diverse citizenry of Britain itself, let alone its vast, diverse Empire,” p. 5. 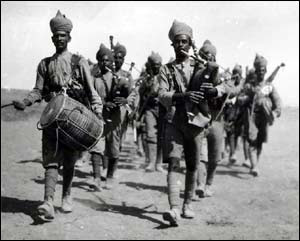 “For contemporaries, the Great War represented not merely a national, but a ‘racial’ struggle. After all, since the nineteenth century, the concepts of ‘nation’ and ‘race’ had bled into each other. Victorian anthropologists and ethnographers had formulated racial hierarchies which placed Europeans on a higher plane of evolutionary development than Asians or Africans, but within Europe itself there was further jockeying for position…The English, Germans, Irish…were all understood to be separate races unto themselves, who possessed innate mental qualities…that were carried in the blood and revealed in the lineaments of the face,” p. 7.

“Britain’s military and imperial competition with Germany was bound up with post-Darwinian anxieties of racial degeneration and ‘the survival of the fittest’,” p. 7.

“Eugenics, the psuedo-science of heredity and selective breeding, had gained tremendous influence among British intellectuals in the generation before the war. As such it lent a spurious scientific authority to racial and class hierarchies and reinforced social Darwinist notions of an inevitable struggle between the races…it is not surprising that British society became saturated with Germanophobia,” p. 8.

“…the line between anti-German sentiment and hatred of all foreigners was easily erased,” p. 9.

British colonies
“Unequal, even racist, treatment of imperial soldiers who fought and died for a British victory increased colonized people’s resentment of the Empire. Likewise, Britain’s authoritarian rule over its colonies proved difficult to reconcile with the claim that it was defending democracy and the rights of small nations like Belgium. The Empire called upon subject peoples to defend the institutions of their subjugation. That so many of them were willing to do so highlights the complexities of imperial relationships,” p. 11.

“Germany, however, delighted in pointing out that the defender of Belgium was the oppressor of Ireland and India,” p. 13.

“The white colonial elite also opposed blacks joining the Army, fearing it would give them aspirations above their station and lead to the erosion of racial boundaries,” p. 21. There was a segregated West Indian regiment. 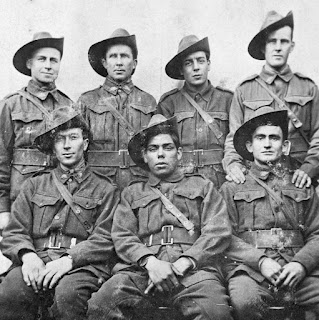 “…imperial subjects who worked and fought for British victory were unlikely to simply resume their old ‘subject’ status once the war was over,” p. 29. Postwar riots involving immigrants in Britain.

“Of course, colonized peoples hardly needed to take part in the war to experience racism, but their wartime service proved crucial in convincing many of them that no amount of devotion to their British governors would grant them the racial status apparently necessary for full citizenship in the Empire. Perhaps the war’s greatest tragedy was its tendency to promote an exclusive concept of ‘Britishness’, narrowly defined along ethnic and racial lines, rahter than an inclusive ‘Britishness’ based on a common citizenship of shared rights and responsibilities,” p. 31.