You Make Your Own Luck

A fellow Romance Diva recently told the story of her first sale, which resulted from a series of events at an RWA Conference – not random events, not entirely. She had taken actions that led to those “random” events. The lesson I took away from her story was that it’s better to make your own luck. 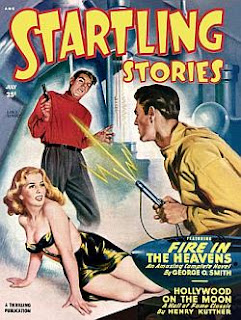 What do I mean by that? I mean that not every path (in this case, to publication) is the same. That seems self-evident, but really it’s not. You have to keep your eyes open to see those other paths. I think it helps a lot if you’re being yourself, and no one else, while you’re doing that. You have to be open to opportunities; have hunches; do things that might not seem “normal” but that intrigue you anyway.

I won’t give exact details since it isn’t my story to tell. The Diva was writing in one genre, but attended a workshop for a different genre entirely. She participated, off-the-cuff, and discovered a new type of story she was interested in writing, and was able to pitch it to an editor whom she later encountered in another context, so she was able to strengthen her connection. Lesson one, she made her own luck by being at the workshop and being open to try something new. She followed up that connection by actually delivering a manuscript, and a synopsis of the next as well. Lesson two, she followed up, and continues to follow up to this day.

People talk a lot about luck in publishing, and I truly believe that luck is an element. But some luck, you can make for yourself.

I’d love to hear stories about unexpected connections and successes.

6 Responses to You Make Your Own Luck