This is what I’ll be doing while everyone else is at RomCon! I’ll be at Readercon 2010 this weekend. For the special events, I’ll be participating in the Meet the Pro(se) party and the marathon reading of Theodore Sturgeon stories.

Here’s my panel and talk schedule: 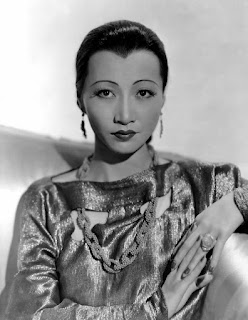 Axes of Identity in Speculative Fiction
Friday 5 pm, ME/CT
Andrea Hairston, Victoria Janssen (L.), N.K. Jemisin, Vandana Singh, Kestrell Verlager
“[H]ow can you talk about one structural barrier without at least mentioning how… barriers for others are advantages for you? … We all have races and genders and class levels and levels of ability. All of our identities contribute to our positions in society…this is not a radical notion.” — Thea Lim, commenting on Newsweek’s failure to mention race in a retrospective article about feminism. Writers like Nalo Hopkinson in The Salt Roads and Larissa Lai in When Fox Is a Thousand refuse to elide these intersections, presenting queer characters of color front and center to their stories. Speculative fiction also offers opportunities to create new axes of identity, like those experienced by the dadalocked narrator of Nnedi Okorafor’s Zahrah the Windseeker or the information-immune protagonist of Geoff Ryman’s The Child Garden. What other works of imaginative literature have portrayed or explored the complexity of social standing generated by our multiple axes of identity? What does an awareness of these intersectionalities add to both the text and our understanding of it?

The New YA Golden Age
Friday, 7:30 pm, Salon G
Paolo Bacigalupi, Judith Berman, Victoria Janssen (L), Alaya Dawn Johnson, Konrad Walewski
In her intellectual epic The Children’s Book (2009), A.S. Byatt interprets the “Golden Age of Children’s Literature” — including such authors as Rudyard Kipling, Kenneth Graham, J.M. Barrie, E. Nesbit, and H.G. Wells — as a direct outgrowth of the Edwardian obsession with childhood, itself a kind of national nostalgic regression. “The Edwardians knew they came after something…There were so many things they wanted to go back to, to retrieve, to reinhabit.” At Readercon 18, we declared, “This is a golden age for young adult speculative fiction.” If this statement still holds true, what are the driving forces behind our present high-water mark? Environmental factors, market forces, changes in categorization — or what are they putting in the zeitgeist these days? This time around, are we looking backward or forward?

Bookaholics Anonymous
Friday, 9:00 pm, RI
Victoria Janssen et al.
A great way for folks attending their first Readercon to meet some of the regulars and get into the spirit of the weekend. 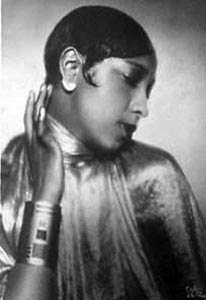 Fanfic as Criticism (Only More Fun)
Saturday, 12:00 pm, Salon F
Victoria Janssen (L), Alaya Dawn Johnson, Erin Kissane, Kenneth Schneyer, Cecilia Tan
Fanfiction is being produced online at a rate of millions of words per month. Fanfiction can expand on a shorter work, change a work’s themes, or even attempt to “fix” things the author is felt to have done “wrong” (e.g., provide a backstory to explain otherwise undermotivated behavior). These dynamics are not unheard of outside of Internet fandom communities — Virginia Woolf’s Mrs. Dalloway attempts to “fix” James Joyce’s Ulysses (which itself retells Homer’s Odyssey). In what ways can fanfiction be a valuable part of the criticism of a text? Can it appeal as criticism to readers outside the fanfiction community? If so, how can they find the most interesting works?

Great War Geeks Unite
Saturday, 2 pm, ME/CT
Victoria Janssen
Have you written a story or novel set during World War One? Read fiction of the period, or set in the period? Do you have a love for trench warfare, poison gas, and puttees that passeth all understanding? Then this is the discussion group for you to geek out with. What is the imaginary speculative WWI novel you’d most love to read? 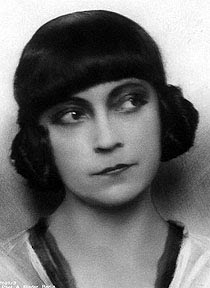 Not Quite the Punctuation Panel
Sunday, 11:00 AM, ME/CT
John Crowley, Samuel R. Delany, Ron Drummond (L), Victoria Janssen, Barry Malzberg
We think of an author’s style as being about vocabulary and word choice, but sentence structure can be equally important. Barry N. Malzberg and Alan Garner are examples of writers whose unique, fresh, and immediately identifiable styles are largely the product of the rhythms of their characteristically structured sentences. Try using a comma in place of a semicolon, you immediately sound like John Crowley. We’re not confident that the possessors of such prose styles can have much to say about how they do what they do, so we’ll discuss this from the point of view of readers. Our panelists have brought examples of writers who fit this description for our delectation and analysis.

Find out more about my fellow program participants here.

Victoria Janssen [she, her] currently writes cozy space opera for Kalikoi. The novella series A Place of Refuge begins with Finding Refuge: Telepathic warrior Talia Avi, genius engineer Miki Boudreaux, and augmented soldier Faigin Balfour fought the fascist Federated Colonies for ten years, following the charismatic dissenter Jon Churchill. Then Jon disappeared, Talia was thought dead, and Miki and Faigin struggled to take Jon’s place and stay alive. When the FC is unexpectedly upended, Talia is reunited with her friends and they are given sanctuary on the enigmatic planet Refuge. The trio of former guerillas strive to recover from lifetimes of trauma, build new lives on a planet with endless horizons, and forge tender new connections with each other.
View all posts by Victoria Janssen →
This entry was posted in conferences, sf/f. Bookmark the permalink.