This post was originally written for The Naughty Girls Next Door. Since then, I learned from author Michelle Styles in a comment to that post that Harlequin Mills & Boon has been seeking out unusual historicals, publishing one a month – so there’s a market right there! You can check out her comment in more detail here.

A different time period, I mean. Since I’ve been following author blogs and forums related to the romance genre, again and again I’ve encountered the notion that unusual historical settings are a hard sell. There’s less talk about erotica; it’s a smaller part of the market and doesn’t always overlap; it’s its own niche, and I think sometimes there’s more freedom of setting in erotica than in romance.

My post today is not to be taken as the be-all and end-all on this issue. Mostly, I’m just thinking through strategies that might work. Keep in mind that my World War One novel, The Moonlight Mistress

, is erotica, which as I mentioned might be an easier market for unusual settings. I have not yet sold a romance novel, so anything I say about the romance market is gleaned from observation and conversation. 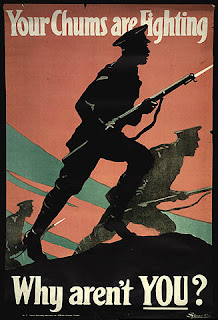 Here are my thoughts on unusual settings in Romance. In romance, historical usually means Regency (often extended beyond the actual Regency period), Victorian, pre-Regency Georgian, a few French Revolution novels, and…not a lot else. There’s a sprinkling of European medievals, usually set in England, and a few Westerns (America, usually post-Civil War), and a few others. I’m sure I’m missing some, and of course the periods and locations of the few books not set in eighteenth through nineteenth century England will vary according to market pressures and other things which I am not going to go into, since that isn’t really the topic of this post.

My topic (finally she gets to it!) is how to make the most of the “unusual” period you’ve chosen. Bear in mind that none of my suggestions are guaranteed to work. If they were, I’d be selling them on television. My suggestions are just intended to help you to think about ways of selling your novel in a more holistic way than simply throwing it against the wall of Regencies over and over again.

If you’re starting from scratch, I think the first step is to write the book. No, really. You’re much better off trying to pitch something that’s a little different if you already have it in hand. The editor can then see what the whole novel is like, and you can impress them with how cool it is and how relevant to today’s world. 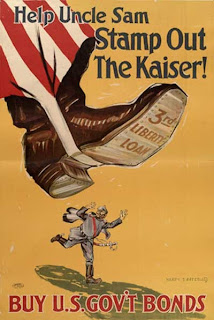 A simultaneous step is to know the market. Even if there’s nothing else exactly like your novel out there, still be prepared to give examples of already-published similar works, not just books but movies or television series or comics, to give an idea of your novel’s potential market viability. “Similar” might mean similar themes, a similar basic plot, or a similar sub-genre. For instance, you could compare your romantic suspense novel set during the Russian Revolution to one set during the French Revolution that features similar situations. Or compare your novel to a series of historical mysteries set during the Russian Revolution or some other revolution. Or even to a novel with similar themes set during the breakup of the Soviet Union. Knowing that there are similiarities will not only help you pitch the novel, if needed, but also will give you ideas as to how you might shape it to make it more marketable. (Yes, I said write to market! Those aren’t naughty words!)

Third, you can set up a niche market for yourself. Perhaps you could write some short stories set in the time period and location of your choice. After you’ve sold a few of those, you can use them to demonstrate the possible viability of a longer project. At the least, you’ve made a little money from the short stories!

I’d welcome further ideas on this topic, so feel free to comment or tell me that my ideas would never work.

Victoria Janssen [she, her] currently writes cozy space opera for Kalikoi. The novella series A Place of Refuge begins with Finding Refuge: Telepathic warrior Talia Avi, genius engineer Miki Boudreaux, and augmented soldier Faigin Balfour fought the fascist Federated Colonies for ten years, following the charismatic dissenter Jon Churchill. Then Jon disappeared, Talia was thought dead, and Miki and Faigin struggled to take Jon’s place and stay alive. When the FC is unexpectedly upended, Talia is reunited with her friends and they are given sanctuary on the enigmatic planet Refuge. The trio of former guerillas strive to recover from lifetimes of trauma, build new lives on a planet with endless horizons, and forge tender new connections with each other.
View all posts by Victoria Janssen →
This entry was posted in business of writing, historical fiction, wwi. Bookmark the permalink.