I had the most awesome vacation ever. Also, it was cheap! 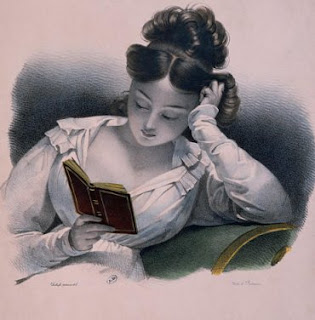 I traveled in my imagination, just like those library posters always told me I could. For an entire week, I did nothing much but read.

I could very easily do it again. Right now.

I began with White Cat by Holly Black, which I think is her best book so far (Though Valiant remains my favorite of her novels.) For such a short novel, it packs in quite a lot of worldbuilding and thematic depth. It’s an exemplar of why I love speculative YA fiction.

The rest of the week was devoted to finishing series, or at least finishing the books I had in them; it was sort of like going to visit a lot of very old and dear friends. Tuesday was Corambis by Sarah Monette, which I saved for so long that it’s now come out in paperback. I was sorry this series, The Doctrine of Labyrinths, is over. I could easily see a fifth book, based on character changes that happened in this one, that might have taken the story in an interesting new direction.

Wednesday, I read Cryoburn by Lois McMaster Bujold, which just came out this month. It’s the last in the Vorkosigan series, which I’ve been reading for over twenty years. *boggles* The ending was both painful and fitting.

Thursday, I started and then skimmed a YA novel I didn’t get into, then went on to Where Serpents Sleep by C.S. Harris, fourth in a series of Regency-set mysteries. The fifth one is out now and there’s a sixth out next year, I think. I didn’t enjoy this one as much as the previous three, I think because it’s a sort of interim book, right after a major change in the series setup. I think the fallout from this one might be more fun, so I plan to read the next one.

Friday was Tongues of Serpents by Naomi Novik, newest of the Temeraire books. This one, also, felt to me like a bit of an interim book, setting up a great deal of conflict perhaps leading into the final three books of the series.

Finally, I read Jane and the Damned by Janet Mullany. Much as I scoff at fiction that has Jane Austen as a character, I really enjoyed this; I enjoyed Mullany’s portrayal of Jane and her sister Cassandra as much or more than I did the interesting vampire plot with its snooty aristocratic Damned. I particularly loved that the vampires never “ate” or “fed.” They only “dined.”