Almost every year at Philcon, I moderate the panel on selling fantastic (science fiction and fantasy) erotica. It was interesting this year to note how the panel topics have shifted over time: print to electronic to self-electronic. 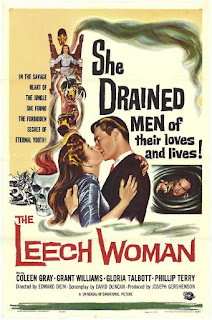 For several years, after I first began to publish erotica, just before the beginning of the twenty-first century, at science fiction conventions I would give talks or host discussion groups on selling science fiction/fantasy erotica. I would focus on short stories, in particular selling sf/f erotica to mainstream erotica markets, also discussing sex in science fiction/fantasy in general. Once I’d sold novels, I added in chat about print publication, and my experiences writing erotica for Harlequin.

This year, for the first time I found myself discussing self-publishing at the panel, as well. It seems to be the year of it. I read an interesting article in the Novelists, Inc. newsletter about how cover quality can influence sales of Kindle/Smashwords/etc. books; if you’ve received back the rights to a novel from your print publisher, usually you will need to do a new cover. Some writers have seen significant sales increases simply from getting a new, better cover that looks good as a thumbnail. One of this year’s panelists was L.W. Perkins, a cover artist for numerous small presses and for electronic press Liquid Silver (please note her site is undergoing renovation at the moment; I gave the link for future reference).

I’ve been following reports from fellow writers who’ve experimented with electronically publishing novels or short stories they were unable to sell elsewhere, or that were out of print; sometimes they have significant sales. I’ve been following discussions of using free Kindle downloads to encourage sales of an author’s backlist.

Last year, I didn’t have any of that information. This year, discussion of these possibilities is becoming more and more mainstream.

Victoria Janssen [she, her] currently writes cozy space opera for Kalikoi. The novella series A Place of Refuge begins with Finding Refuge: Telepathic warrior Talia Avi, genius engineer Miki Boudreaux, and augmented soldier Faigin Balfour fought the fascist Federated Colonies for ten years, following the charismatic dissenter Jon Churchill. Then Jon disappeared, Talia was thought dead, and Miki and Faigin struggled to take Jon’s place and stay alive. When the FC is unexpectedly upended, Talia is reunited with her friends and they are given sanctuary on the enigmatic planet Refuge. The trio of former guerillas strive to recover from lifetimes of trauma, build new lives on a planet with endless horizons, and forge tender new connections with each other.
View all posts by Victoria Janssen →
This entry was posted in business of writing, conferences, erotica. Bookmark the permalink.