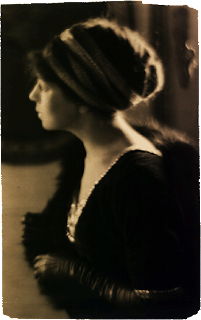 But when I essentially rejected those contemporary romance ideas last year, I couldn’t put a finger on that lingering sense of unease I felt by their presence. A few months down the road, around the end of last year, I got an idea for a historical romance with black protagonists. And that frightened me to death. I’ve read the African-American historical romances written by Beverly Jenkins and Altonya Washington and enjoyed them, but since the majority of my HR and HF readings involved white characters, it was pretty easy to push the concept of black characters in HR out of my mind. But this idea…it blossomed nigh fully-formed in my head, just as fully-formed as those contemporary romance plots. And as I did with the contemporaries, I set that aside, anxious to work on manuscripts with acceptably white protagonists.

This isn’t to say that I shouldn’t write white characters, nor that my ethnicity should drive what I write, but I was lacking both the balance and proper perspective of both sides of my heritage. I picked up one of the contemporary ideas a few months ago and found that it was a great idea, that the characters were great and the romance would be really angsty and sexy–just one of the ways I like my romances. So I dusted it off and began to work on an outline with the hope of actually writing it. And I was excited about it–until I began to begin the preliminary research for it (one of the reasons I hesitated to do CR’s was because it’s a hell of a lot more easier to get things wrong, to have real life people telling me I got things wrong, whereas 100-150 years ago, I don’t have to worry about someone living in 1904 New York emailing me to say a deli wasn’t on that street, or the Central Park Zoo didn’t get a particularly animal until a few months after my story was set–you get the picture).

The trouble with researching this CR was not about getting things wrong, but about getting things right. My plot is very much tied to the class, skin-tone, and racial issues with the upper-class black community, as well as the greater issues that all blacks must deal with, and suddenly, I felt overwhelmed with fear that this book would be “too black.” That same fear choked the historical idea I plotted merrily the second it came to me (deals with classism, racism and lynchings in 1900s America). At this point, I believed in this plot and believed in its success. I just couldn’t shake that incessant fear that kept me from writing it. 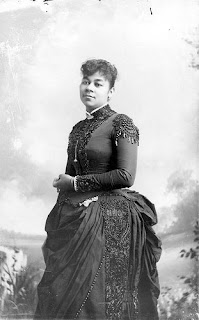 It suddenly hit me when I struggled with plotting a “regular” historical romance: the fear was of being considered a second-class citizen. If you’ve been a regular visitor to Dear Author or Karen Knows Best, you’re aware of the issues surrounding not solely black romance writers, but writers of color writing characters of color: it’s a jungle out there. To state it bluntly, a level playing field is available to authors of color only if they “write white.” Sure, they can branch off into exploring other cultures the way Marjorie M. Liu or Jade Lee (aka Katherine Greyle) do, but the foundation must be “white” in order to reach the same audience white romance authors are allowed to reach. I hadn’t realized how profoundly this state of the industry affected me until I could smell my terror when I even thought of writing a book with black protagonists. The saddest thing is that there is really nowhere to turn to deal with this fear (I wonder if other black authors, aspiring or published, have felt this way?), and the industry offers no real, concrete answers (I have contemplated asking an agent where I would stand if I queried them with a “black” romance, and what would happen if they did take me on, sell the MS, and then I pitched a “white” romance to them).

Many imprints state in their guidelines that they accept “multicultural” romances (like Jade Lee, I think that term should not mean “African-American”), but when they reject “multicultural” submissions, it’s difficult to know whether the MS was rejected because of its unreadiness or because of its content. I worry about this even more so when I think of the themes I like to explore, and how within a “black” romance, they are given a new dimension. Would the book be considered “too black”? Or would race/racism be “unromantic” for readers? Most romances deal with two people bridging their cultural/socio-economic differences to conquer societal mandates, but to add the extra topping of race? It’s seen as scary, taboo, aggressive, angry, it dissolves the “fantasy.” It’s even more dicey when the romance genre thrives on ethnic/cultural stereotypes such as “Noble [Native American] Savages,” “Arrogant Greeks,” “Passionate Sheiks,” or “Latin Lovers,” if not the “tragic mixed-race” plots that seem inherent to most, if not all, romances with Middle-Eastern (excuse me, half-English!!) and Native American protagonists–all stereotypes that have been handed down to us, and rarely refuted, by our Victorian forebears. 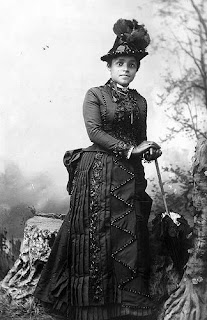 I won’t say I’ve completely vanquished this fear, but I do know that the first steps to overcoming it is the identify it, acknowledge it and then to root it out wherever it hides. That said, as I sort out this whole thing, I’m learning to accept that life is a process of “being and becoming,” and that whatever the outcome of this struggle, I’ll be stronger. To end on a more upbeat note, I will say that over the course of my research for both my AA contemporary and my AA historical, I’ve come across a few monumental books that have given me a deeper perspective on the history of African-Americans in American history, that has also deepened my appreciation for my heritage: The Senator and the Socialite: The True Story of America’s First Black Dynasty and Our Kind of People: Inside America’s Black Upper Class, both by Lawrence Otis Graham and Aristocrats of Color: The Black Elite, 1880-1920 by Willard B. Gatewood. All three are extremely fascinating reads that turns on its head the assumption that African-American history is strictly that of oppression, racism, and sorrow.

You can visit Evangeline Adams at her blog, Edwardian Promenade:
http://edwardianpromenade.com/

Photos of women in period dresses courtesy of http://www.flickr.com/photos/floridamemory/

Victoria Janssen [she, her] currently writes cozy space opera for Kalikoi. The novella series A Place of Refuge begins with Finding Refuge: Telepathic warrior Talia Avi, genius engineer Miki Boudreaux, and augmented soldier Faigin Balfour fought the fascist Federated Colonies for ten years, following the charismatic dissenter Jon Churchill. Then Jon disappeared, Talia was thought dead, and Miki and Faigin struggled to take Jon’s place and stay alive. When the FC is unexpectedly upended, Talia is reunited with her friends and they are given sanctuary on the enigmatic planet Refuge. The trio of former guerillas strive to recover from lifetimes of trauma, build new lives on a planet with endless horizons, and forge tender new connections with each other.
View all posts by Victoria Janssen →
This entry was posted in genre, guest, historical fiction, romance novels. Bookmark the permalink.