An interesting question came up on a newsgroup I was reading. Of course all writers write for themselves, to some extent. But what if you discover you have the gift of writing stories a particular editor likes and will buy? How does that affect your output? Do you keep writing that sort of story until the editor will no longer buy it? Or until you get tired? Would you preferentially write the stories you knew would sell? 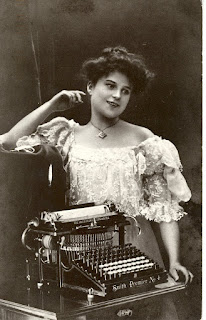 I’ve done this, written towards an editor’s taste, and it has resulted in sales. Once the sale happened the same day. But at the same time, I use that taste as a kind of springboard to give me ideas; I’m not a natural writer of short stories (few are, I think) and having some idea of where the story’s headed makes me more inclined to write a short story in the first place.

Here’s a real-life example: I wrote a story for me, and sold it. Then I wrote a sequel, and sold it to the same editor; still writing for me, but knowing I had a good chance of selling it. Then for the next year’s anthology, I tried something completely different both from what I knew of the editor’s taste and from what had been previously published in that anthology. It didn’t sell. The next submission I sent in was another sequel, in the same style as the two previous stories; still for me, since I wanted to know what happened next to those characters, but also striving to match the editor’s taste. That one didn’t sell, either.

I don’t think writing to an editor’s taste is bad at all. I think it’s sound marketing strategy. But one should have joy in of the writing as well, or what’s the point?

Victoria Janssen [she, her] currently writes cozy space opera for Kalikoi. The novella series A Place of Refuge begins with Finding Refuge: Telepathic warrior Talia Avi, genius engineer Miki Boudreaux, and augmented soldier Faigin Balfour fought the fascist Federated Colonies for ten years, following the charismatic dissenter Jon Churchill. Then Jon disappeared, Talia was thought dead, and Miki and Faigin struggled to take Jon’s place and stay alive. When the FC is unexpectedly upended, Talia is reunited with her friends and they are given sanctuary on the enigmatic planet Refuge. The trio of former guerillas strive to recover from lifetimes of trauma, build new lives on a planet with endless horizons, and forge tender new connections with each other.
View all posts by Victoria Janssen →
This entry was posted in business of writing, short fiction, writing. Bookmark the permalink.

2 Responses to Selling Stories to Editors