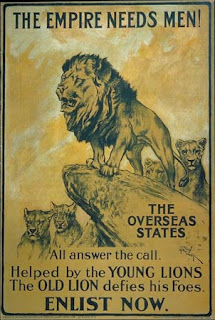 I love looking at the material culture of the First World War as well as reading the rhetoric of the period. These recruitment posters are a good example of how men were convinced to enlist in the armed forces. Guilt and comraderie seem to have been used in equal measure.

This is an Australian poster–note the soldier’s “digger” hat and the ghostly figures of men dressed as athletes and ranchers in the background. 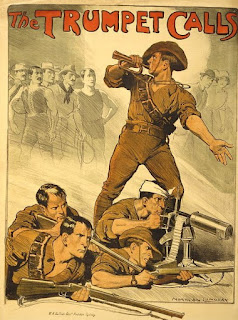 Here’s a Canadian poster. Kaiser is emphasized, as if at any moment the Kaiser planned to invade Canada, perhaps to increase the sense of threat to a country that had an ocean separating them from all Fronts of the war. The famous poem “In Flanders Fields” was written by Canadian surgeon John McCrae. 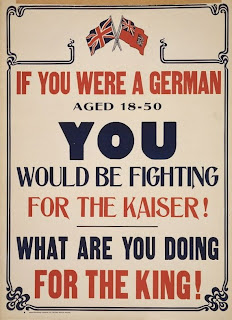 During World War One, Ireland was still ruled by England, and home rule had been delayed by the war. Many Irish served in the British army already, and more joined up in the hope that it would further the cause of independence from England. At the Somme, the 36th Ulster Division suffered 5,500 casualties, while being the only division to achieve their objective on the first day of battle. 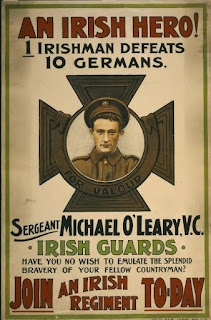 A now-iconic symbol for American recruitment. 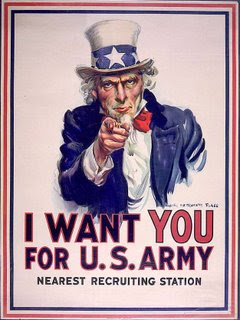