The first book I wrote was a paranormal. I loved the freedom of building worlds. They were my rules, my world, the characters did what I told them to. Of course when something didn’t work or make sense, that was all me too.

Building a world for your characters to inhabit is only part of the process though. In the end, any story that is about people and their relationships to each other will stand or fall through its characters. Over time, as I’ve found my voice and my “book legs” I find myself really drawn to characters as the foundation for the stories I want to tell. 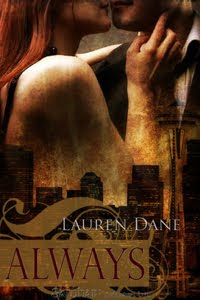 In every book I’ve written and in every book I’ve read and loved, it’s always come down to the characters for me. When I read Susan Elizabeth Phillips, I’m drawn in immediately by her heroines. SEP has this way of creating characters who are so flawed, you may not even like them at first, but over the course of the story, she lures you in closer and closer, revealing her characters bit by bit until she has you rooting for them. Similarly, Nora Roberts breathes life into her characters in a way that will stick with the reader the whole book long. I finished High Noon a few months back and I thought about how she’d given me a woman, a single mother struggling to raise her kid and pretty much her elderly, panic attack prone mother, all while she was a hardnosed cop too. There were no stereotypes here. She’s not cold or cut off from her sexuality, she’s just busy and totally broadsided by this man who stumbles into her path. Much like Eve with her jagged edges and tragic past. And yet she grows and matures, she makes mistakes and she learns from them.

So when I write a book, I nearly almost always have a strong idea of who at least one of the characters will be and I fill in all the details as I begin to write. Somewhere between a quarter to halfway through, I have my epiphany moment when I realize what the key is to why my characters are the way they are. Once I get there, the writing is easier, but I always have to journey with them a while until I figure it out.

I don’t have a muse. I don’t have rituals. But I do believe, quite strongly, that every character worth caring about has a backstory. The author may not reveal all the details to the reader, but I don’t think a character truly lives and leaps off the page unless they’re fully realized, unless they have a history. Just like real people, I suppose. Authors can run the risk of revealing too much too soon and info dumping or taking too much time and frustrating the reader or seeming coy. I generally try to think about pace and how people react to each other as I reveal. Each couple will have its own dynamic; some men wouldn’t stand for a heroine holding back a secret until 80% of the way into the story, while other heroines figure out what the hero is trying to deal with and wait for him to find the right time to spill his secrets. 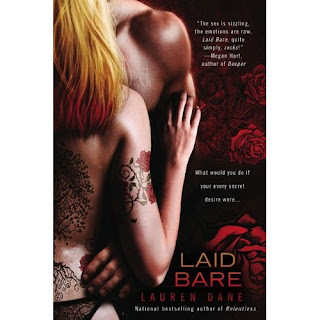 So in Laid Bare, the story is about opposites. Todd and Erin are total opposites when it comes to musical taste, politics, lifestyles and their approach to life. At the same time, Todd is a man who at first cannot allow himself to fully accept who he is sexually. He’s horrified and angry that he likes what he likes. Erin is not that person. Erin is a woman who understands herself. She is confident in her skin. She is ambitious and creative and sexual. She is not ashamed of what she likes and this is an issue with them, an issue that drives them apart for a decade until Todd returns to Seattle, a changed man, ready to be who he truly is.

As for Erin, she’s the character I knew before I even began to type. In fact, only a few other characters have connected with me on such an instinctual level. She lived in my head long before I wrote the book. Her history was something I knew going in, but how she dealt with it at any given time would surprise me. She wrote her own scenes a lot of the time, which is a rare and wonderful treat for an author.

And then there was Ben. Wow. Okay so this book was not supposed to be a ménage. In fact, originally I had a threesome scene planned, a single event and it was written with Cope, a friend of Todd’s and Ben’s brother. But Ben had his own plans and he would not let me alone until I finally wrote the story how he wanted. He loved Erin and he wanted to be with Todd and so I finally just gave in. And in doing so, I learned a lot about him and about Todd as well. Letting Ben have a bigger part to play in this book made it better, gave more insight into the story and the other characters. I’m glad I let it happen but wow was it a pain until I just gave in, LOL.

The moment when I truly understood Ben was when he was standing in their bedroom, looking out the windows over the city and I felt his loneliness because he couldn’t bear it any longer. He craves connection and in being so understood and accepted by Erin and Todd, he finds it.

And in Todd, for me, it was the moment he stepped into Erin’s apartment and listened to her tell the story of how her daughter died. He gave to her, supported her, opened himself up so she could pour it all into him. And in that scene, Todd clicked with me and my story in a way he hadn’t until that point. He had more dimension, more layers. In that scene, he exposed himself to me in a way he hadn’t yet (not that way, pervs!)

Laid Bare was a project filled with absolutely unexpected moments. It felt so unwieldy at points, especially when it became a ménage 65% of the way in. But in writing it, in managing it and making it into something else, I learned a lot about myself as a writer and most definitely my characters. I’m a control freak in a major way when it comes to my work, so it’s these things, these unexpected bends in the road, that challenge me the most. And it’s the characters who ground me and carry me through. Or, well I hope it does!

Thanks so much for having me today! What about you all? Do you have any favorite literary characters? If so, who and why? I’d love to offer up a copy of my anthology from Spice, What Happens In Vegas…After Dark as a prize to one winner.