Many hopeful writers probably wonder about the process that results in either a rejection letter, a revision request, or–for the lucky few–a contract. So I thought I’d try to dispel some of the mystery by explaining the typical path of a category-romance slush manuscript from the time you submit it to the time you hear back. 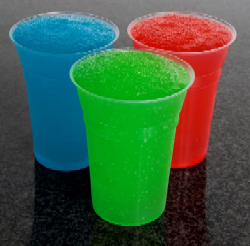 As an editorial assistant, I’m the front line for all slush manuscripts and queries that come to Harlequin Blaze and Harlequin American Romance. I have to make the initial decision about whether to pass something on to the editors for their consideration or send a rejection letter. We receive many submissions, so we must be very selective.

However, before the submission reaches the point where it’s being rejected or passed on to an editor, it almost always has to do time in the slush pile. The reason for this is simply that we have so few opportunities to deal with slush. New submissions usually get put at the bottom of the pile, so that we’re responding to the oldest submissions first. By the time we’re able to really look at it, a manuscript may have been in the slush pile for several months. Slush doesn’t have deadlines, unlike everything else in an editor’s life, and when you’re waiting until you have some free time to look at the slush… Well, you can see where that leads. 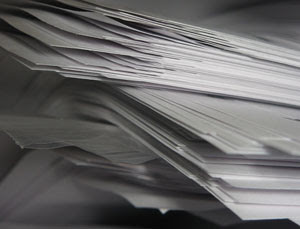 Despite our busy schedules, we’re always on the lookout for promising writers who have either come to us with an excellent manuscript or a manuscript that isn’t quite there, but has a lot of potential. We often encourage such authors to revise their work or send us other projects. While we may already have a solid stable of authors, as editors, we can’t resist mentoring new and promising writers.

Probably the most memorable day for a new editor is the first time she gets to phone a slush author and offer to buy her book. This is what makes the time we spend reading less-than-stellar submissions worthwhile. When I contracted my first new author, I had the pleasure of giving the good news to someone I’d been working with closely for over a year. We were both so excited we could barely have a normal conversation. In my four years working at Harlequin, that was the best day by far.

So, to all those whose work is languishing in the slush pile, I say keep your chin up. Just because you haven’t heard anything yet doesn’t mean your manuscript isn’t sitting at the top of an editor’s To Read pile, waiting to wow her.

Tune in tomorrow for a post from author Elle Kennedy.

Victoria Janssen [she, her] currently writes cozy space opera for Kalikoi. The novella series A Place of Refuge begins with Finding Refuge: Telepathic warrior Talia Avi, genius engineer Miki Boudreaux, and augmented soldier Faigin Balfour fought the fascist Federated Colonies for ten years, following the charismatic dissenter Jon Churchill. Then Jon disappeared, Talia was thought dead, and Miki and Faigin struggled to take Jon’s place and stay alive. When the FC is unexpectedly upended, Talia is reunited with her friends and they are given sanctuary on the enigmatic planet Refuge. The trio of former guerillas strive to recover from lifetimes of trauma, build new lives on a planet with endless horizons, and forge tender new connections with each other.
View all posts by Victoria Janssen →
This entry was posted in business of writing, category, guest, romance novels. Bookmark the permalink.