When I first started submitting to Silhouette, I have to admit, I had no idea what I was doing. I read Intimate Moments (now Silhouette Romantic Suspense), and I thought, I could write these. But after several rejections, I realized that reading romantic suspense is a lot easier than writing it. So before I submitted again, I sat down and decided to really nail down that balance of romance and suspense. 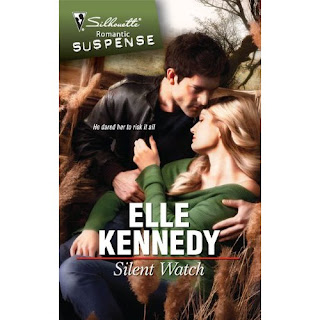 My biggest problem is focusing on one and not the other. I tend to get caught up in the romance and then have chapters and chapters without advancing the suspense aspect, or vice versa. Even after I sold my first SRS, Silent Watch, this problem was still evident. In her edits, my editor would say, “Hey, what’s going on with the serial killer? We haven’t seen or heard from him in 3 chapters.”

It was these edits that made me see writing category romantic suspense requires a different approach than if I were writing a longer, single title. The short length of SRS means I can’t take my time and draw out things slowly. I tried that in my first draft, only to wind up with a rushed ending in order not to go over the word count. In my revisions, I learned to speed up the pace, keep both the romance and suspense in the reader’s mind for every chapter, and make each element have an impact on the other.

In Silent Watch, the threat of the villain causes the heroine to become stronger, which in turn makes her realize that time is short, and she can’t close her heart up to men forever. For the hero, the romance, falling for the heroine, make him more determined to catch the killer, in turn advancing the suspense plot.

After Silent Watch, I thought I nailed the balance…and then I wrote Deadly Reunion, a daily online read at eHarlequin. Again, my first draft was a disaster, and my critique partner came back saying, “What’s happening with the villain? I forgot he was even around!” So I had to go back, and find the darn balance again.

Now, as I’m working on my second SRS, I’ve developed a new system. Before I write each chapter, I jot down the romance elements I need to have in there, as well as the suspense factors. In SRS, the romance is usually a bit more prominent, but it can’t take over the entire story either. The danger needs to be an ever present part of the story, an underlying threat that raises the tension and as a result, heightens the romance.

I think I’ve got it this time, though. My new system of planning ahead, and not flying by the seat of my pants, is definitely helping. Let’s just hope I keep it up for the rest of this book!