Is anyone out there a Heyer Virgin? I suspect many of you aren’t, but just in case you’ve always been told you need to read some Georgette Heyer, but had no idea where to start, here’s a quick list to start you off. 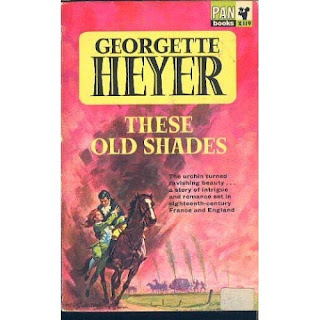 These Old Shades has a hero who is actually a sort of nasty person instead of just pretending to be so, and a cross-dressing heroine who is…well, kind of violent. And that’s why I love them. Try The Black Moth as an interesting compare/contrast to These Old Shades.

A Civil Contract is a Marriage of Convenience story. And also very different from most of Heyer’s work. A friend once compared it to Persuasion. The closest to it among Heyer’s own work is probably The Quiet Gentleman, also a book I love.

Venetia is probably the best for witty dialogue (at which Heyer is very skilled), and also for a rake who really feels like a rake and isn’t actually sorry for it, and a heroine who doesn’t really mind. 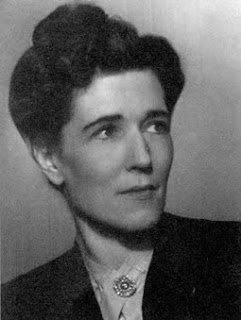 Finally, Sylvester, or The Wicked Uncle. Not because of the great bits in which the heroine casts the hero as the villain of her Gothic novel, but because of some subtle characterization that really struck home for me.

And now I need to go and do some re-reading.

Here’s a post at Teach Me Tonight about the recent Re-reading Georgette Heyer conference.

Related posts:
My Favorite Girls Dressed As Boys.
Intricacies of Marriages of Convenience.

Victoria Janssen [she, her] currently writes cozy space opera for Kalikoi. The novella series A Place of Refuge begins with Finding Refuge: Telepathic warrior Talia Avi, genius engineer Miki Boudreaux, and augmented soldier Faigin Balfour fought the fascist Federated Colonies for ten years, following the charismatic dissenter Jon Churchill. Then Jon disappeared, Talia was thought dead, and Miki and Faigin struggled to take Jon’s place and stay alive. When the FC is unexpectedly upended, Talia is reunited with her friends and they are given sanctuary on the enigmatic planet Refuge. The trio of former guerillas strive to recover from lifetimes of trauma, build new lives on a planet with endless horizons, and forge tender new connections with each other.
View all posts by Victoria Janssen →
This entry was posted in heyer, reading, recommendations, romance novels. Bookmark the permalink.