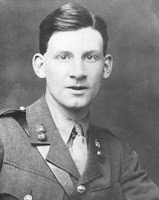 Have you forgotten yet?…
For the world’s events have rumbled on since those gagged days,
Like traffic checked while at the crossing of city-ways:
And the haunted gap in your mind has filled with thoughts that flow
Like clouds in the lit heaven of life; and you’re a man reprieved to go,
Taking your peaceful share of Time, with joy to spare.
But the past is just the same–and War’s a bloody game…
Have you forgotten yet?…
Look down, and swear by the slain of the War that you’ll never forget.

Do you remember the dark months you held the sector at Mametz–
The nights you watched and wired and dug and piled sandbags on parapets?
Do you remember the rats; and the stench
Of corpses rotting in front of the front-line trench–
And dawn coming, dirty-white, and chill with a hopeless rain?
Do you ever stop and ask, ‘Is it all going to happen again?’

Do you remember that hour of din before the attack–
And the anger, the blind compassion that seized and shook you then
As you peered at the doomed and haggard faces of your men?
Do you remember the stretcher-cases lurching back
With dying eyes and lolling heads–those ashen-grey
Masks of the lads who once were keen and kind and gay?

Have you forgotten yet?…
Look up, and swear by the green of the spring that you’ll never forget. 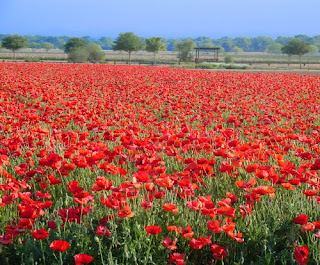 Victoria Janssen [she, her] currently writes cozy space opera for Kalikoi. The novella series A Place of Refuge begins with Finding Refuge: Telepathic warrior Talia Avi, genius engineer Miki Boudreaux, and augmented soldier Faigin Balfour fought the fascist Federated Colonies for ten years, following the charismatic dissenter Jon Churchill. Then Jon disappeared, Talia was thought dead, and Miki and Faigin struggled to take Jon’s place and stay alive. When the FC is unexpectedly upended, Talia is reunited with her friends and they are given sanctuary on the enigmatic planet Refuge. The trio of former guerillas strive to recover from lifetimes of trauma, build new lives on a planet with endless horizons, and forge tender new connections with each other.
View all posts by Victoria Janssen →
This entry was posted in holiday, sassoon, wwi poetry. Bookmark the permalink.