One of the main pieces of writing advice I’ve received over the years is “show not tell.”

It’s good advice. It can remind you that it’s easier for a reader to form mental pictures of characters whom they’ve seen in action. Action scenes are usually more compelling to read than long explanations. If a reader’s interpreting actions, they’re usually more involved in the story than when they’re simply being told what’s what. Unless the writer’s voice (or the narrator’s) is really compelling, showing is almost always better than telling. 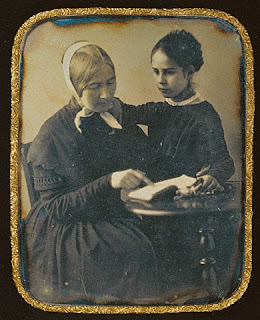 But sometimes, you just have to tell.

When I create an original plot outline or synopsis, I don’t always know what needs to be shown and what told. I have a general idea, but some of those decisions depend on how the plot falls out while I’m writing. Therefore, I can’t always decide until near the end of the draft. In this case, I decided that the outcome of Sylvie’s plot was more important than the progress of it. So I took some shortcuts. I told some of what had happened offscreen (information received in a letter, for example) and then showed the results with a little action and a lot of dialogue.

There’s no one right answer for when to show and when to tell. There’s only the best answer you can come up with at the time, for the particular novel.

Every reader will have a different opinion on whether you were right or wrong.

Victoria Janssen [she, her] currently writes cozy space opera for Kalikoi. The novella series A Place of Refuge begins with Finding Refuge: Telepathic warrior Talia Avi, genius engineer Miki Boudreaux, and augmented soldier Faigin Balfour fought the fascist Federated Colonies for ten years, following the charismatic dissenter Jon Churchill. Then Jon disappeared, Talia was thought dead, and Miki and Faigin struggled to take Jon’s place and stay alive. When the FC is unexpectedly upended, Talia is reunited with her friends and they are given sanctuary on the enigmatic planet Refuge. The trio of former guerillas strive to recover from lifetimes of trauma, build new lives on a planet with endless horizons, and forge tender new connections with each other.
View all posts by Victoria Janssen →
This entry was posted in erotica, the duke, writing craft. Bookmark the permalink.

2 Responses to Tell Not Show