Also, Great War Fiction, one of my favorite blogs, reviewed The Moonlight Mistress yesterday! Here’s the link. It’s so cool to be meandering about, reading your usual blog feeds, and something like this pops up.

But enough about me.

The Magic Treehouse Writing Lessons. No, really. Have a look. Especially if you’re stuck on something.

A really great post on Craft, Story, and Voice by Rachelle Gardner. 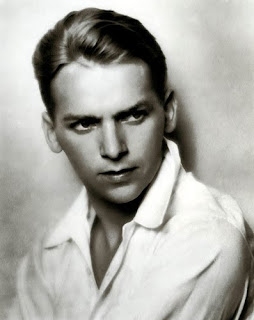 How to write a novel in 100 days or less, by John Coyne. It’s a day-by-day guide with some excellent advice which bears repeating.

Anita Burgh has a lot of good, direct advice.

I don’t think I’m organized enough to use the snowflake method of writing a novel, but it’s an interesting approach.

If you’ve never read The Turkey City Lexicon, why not? It’s not just applicable to writing science fiction.

An Insider’s Guide to Writing for Mills and Boon in The Guardian.

And just for fun, the Hollywood Plot-O-Matic.

The photograph is of Douglas Fairbanks, Jr.

Victoria Janssen [she, her] currently writes cozy space opera for Kalikoi. The novella series A Place of Refuge begins with Finding Refuge: Telepathic warrior Talia Avi, genius engineer Miki Boudreaux, and augmented soldier Faigin Balfour fought the fascist Federated Colonies for ten years, following the charismatic dissenter Jon Churchill. Then Jon disappeared, Talia was thought dead, and Miki and Faigin struggled to take Jon’s place and stay alive. When the FC is unexpectedly upended, Talia is reunited with her friends and they are given sanctuary on the enigmatic planet Refuge. The trio of former guerillas strive to recover from lifetimes of trauma, build new lives on a planet with endless horizons, and forge tender new connections with each other.
View all posts by Victoria Janssen →
This entry was posted in links, writing. Bookmark the permalink.

2 Responses to How to Write – Linkgasm #4