Musings on Discovering/Implementing Theme in The Moonlight Mistress

Someone asked me fairly recently about how I use theme.

For me, I might think about theme ahead of time, but it doesn’t really start to manifest until I’ve written a certain amount of the manuscript. Then I start realizing what my subconscious is trying to tell me (or maybe my conscious mind gives it a name and a shape). Like, for The Moonlight Mistress I knew wolves were a symbol of the wild, but linking the shapechanging idea to the human characters sank into my my mind gradually, influenced by something a transgendered woman had once told me about feeling she was a real-life shapechanger.

I decided that acting outside of conventional gender roles was also, in a way, like shapechanging, and I had plenty of characters who did that, whether by dressing and acting as the opposite gender, or performing a job usually associated with the other gender, or simply by not having a heteronormative sex life. 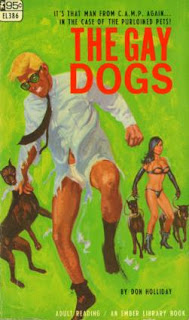 After I realized all that is when I start adding descriptive details throughout the manuscript to emphasize this theme and to, hopefully, bring the idea to the reader’s attention. I examined all the characters and how I’d presented them, and thought about which ones were most like shapechangers, and how, and tried to emphasize that a little, indirectly. I also tried to do a little bit of mirroring, werewolves with humans.

I don’t know if that kind of detail actually works for the reader or not, but I make the attempt. Even if it doesn’t come through, it’s fun to do! I’m also not sure if it really counts as theme if you’re doing it on purpose. But I think it should count.

I’m still thinking about this myself, so I apologize if I sound a little vague. Your input is welcome!

Victoria Janssen [she, her] currently writes cozy space opera for Kalikoi. The novella series A Place of Refuge begins with Finding Refuge: Telepathic warrior Talia Avi, genius engineer Miki Boudreaux, and augmented soldier Faigin Balfour fought the fascist Federated Colonies for ten years, following the charismatic dissenter Jon Churchill. Then Jon disappeared, Talia was thought dead, and Miki and Faigin struggled to take Jon’s place and stay alive. When the FC is unexpectedly upended, Talia is reunited with her friends and they are given sanctuary on the enigmatic planet Refuge. The trio of former guerillas strive to recover from lifetimes of trauma, build new lives on a planet with endless horizons, and forge tender new connections with each other.
View all posts by Victoria Janssen →
This entry was posted in moonlight mistress, writing craft. Bookmark the permalink.