For me, it depends on the story’s sub-genre. 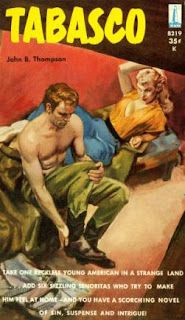 In a fantastical setting, I don’t usually mind if safer sex is not mentioned, because in science fiction or fantasy the issue can be easily covered by the worldbuilding (everybody has an injection! everybody has a spell!) even if the author hasn’t mentioned it explicitly.

In historicals, I wish there was a bit more worrying about safe versus not-safe thoughts, but again I’m a little more accepting if safer sex is left out. However, I definitely appreciate it when historical characters think about the issue, even if it’s only in the first intimate scene and left to the reader’s assumption after that.

In contemporary novels, I prefer that safer sex be practiced, and if it isn’t, that a reason I can accept is provided (obviously, not every writer can read my mind!). I don’t mind if subsequent sex scenes aren’t shown as safe, at least not so much, because I can extrapolate from scene number one, in much the way that I extrapolate the characters are eating, sleeping, and using the toilet even though those actions aren’t necessarily described.

Victoria Janssen [she, her] currently writes cozy space opera for Kalikoi. The novella series A Place of Refuge begins with Finding Refuge: Telepathic warrior Talia Avi, genius engineer Miki Boudreaux, and augmented soldier Faigin Balfour fought the fascist Federated Colonies for ten years, following the charismatic dissenter Jon Churchill. Then Jon disappeared, Talia was thought dead, and Miki and Faigin struggled to take Jon’s place and stay alive. When the FC is unexpectedly upended, Talia is reunited with her friends and they are given sanctuary on the enigmatic planet Refuge. The trio of former guerillas strive to recover from lifetimes of trauma, build new lives on a planet with endless horizons, and forge tender new connections with each other.
View all posts by Victoria Janssen →
This entry was posted in erotica. Bookmark the permalink.

12 Responses to Safer Sex in Erotica