Occupied Lands in World War One

The novel I’m working on now, a sequel to The Moonlight Mistress

, focuses on the main werewolf characters from that novel and their marriage of convenience. Tanneken, the female werewolf, was working as a spy in the previous novel, so I decided to make her activities central to the plot.

These are the books I’ve used so far. I recommend them all highly. 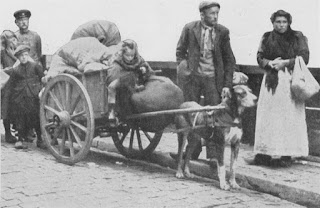 in an earlier post. I extensively used this book’s bibliography to locate other sources, among them those listed below. The most useful thing I learned from it was how the underground spy networks in Belgium were organized, and some specific stories about women who worked in intelligence-gathering, and their fates.

Scraps of Paper: German Proclamations in Belgium and France

reproduces actual posters and provides translations. Another of my books referenced this one, so I didn’t need the material for the most part, but the coolness factor was important here. Primary source documents, or close equivalents, are great for giving me a feel for a period. 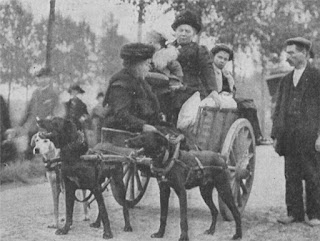 The Long Silence: Civilian Life under the German Occupation of Northern France, 1914-1918

is the most useful book I found. The author, Helen McPhail, points out that it’s not a thorough academic study, but there was more than enough information for my purposes. I got a really good feel for what life was like in occupied Northern France, as well as the various problems and subterfuges of the people living there. I’m hoping the information in this book will help me to vividly describe the place and time without directly copying actual events.

Victoria Janssen [she, her] currently writes cozy space opera for Kalikoi. The novella series A Place of Refuge begins with Finding Refuge: Telepathic warrior Talia Avi, genius engineer Miki Boudreaux, and augmented soldier Faigin Balfour fought the fascist Federated Colonies for ten years, following the charismatic dissenter Jon Churchill. Then Jon disappeared, Talia was thought dead, and Miki and Faigin struggled to take Jon’s place and stay alive. When the FC is unexpectedly upended, Talia is reunited with her friends and they are given sanctuary on the enigmatic planet Refuge. The trio of former guerillas strive to recover from lifetimes of trauma, build new lives on a planet with endless horizons, and forge tender new connections with each other.
View all posts by Victoria Janssen →
This entry was posted in research, werewolves, wwi. Bookmark the permalink.