Hi everybody and good morning! First of all, I want to thank Victoria for generously opening her blog to me — again. I had a great time last time I was a guest here and I’m sure today will be just as much fun. 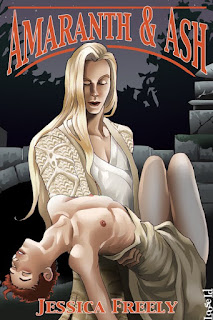 In a second I’m going to tell you a bit about my new release, Amaranth & Ash, and one particular challenge I faced in writing it. Before I do, I want to make a couple of announcements. We’re running a contest today, right here on Victoria’s blog. Leave a comment and you’ll be entered to win a free copy of Amaranth & Ash. That’s easy, isn’t it? Secondly, a free short story featuring some of the major characters from Amaranth & Ash is up in the files section of my newsletter group. It’s called Amaranth & Grail and it’s available exclusively to newsletter members, so if you’d like to join,

In my other life I’m a science fiction and fantasy author and with Amaranth & Ash I decided to create a full-blown world with all the bells and whistles. I created a society, a religion, an economy, and a geography, and I had a blast doing it. Harken’s Landing, the setting of the story, is a city founded by colonists from earth who came to their new world to escape oppression back home. As these things sometimes go, no sooner had they landed than they began oppressing one another. The society is strictly segregated by caste, and each caste has its own distinctive physical characteristics.

When it came to the vasai, who are intersex, I had some decisions to make regarding pronouns. I realized I had an opportunity here to play with gender neutral pronouns. But before I’d even finished writing the book, I had people telling me I couldn’t do that. Reasons given were that it’s distracting to the reader and that gender-neutral pronouns “just sound silly.” 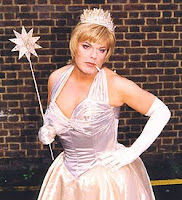 I’m not real big on being told I can’t do something, especially when the evidence summoned to support the sanction is subjective. Isn’t speculative fiction supposed to be about imagining worlds and people radically different from our own? How far can we really get if we must constantly adhere to a gender binary system? I felt locked into a male-female dichotomy that I don’t happen to think represents contemporary humans very accurately, let alone the people of Harken’s Landing. Worst of all was the expectation that I was supposed to accept that as “just the way it is.”

So, predictably, I started fooling around with all kinds of pronoun systems. A great resource I found is Regender.com. With this handy web tool, you can read any internet web page a variety of ways: with gender pronouns switched, with gender neutral pronouns, or with pronouns based on race instead of gender. It’s a fascinating way to shake up your preconceptions and I recommend it.

I had a wealth of ideas to play with. My personal favorite was a caste-based pronoun system I devised. It made sense! After all, in Harken’s Landing the most important thing that everyone needs to know about you, before anything else, is your caste. So it stands to reason that their language conventions would enshrine caste divisions instead of reproductive roles. To keep it simple, I created pronouns for each caste based off of the name of the caste. It looked like this:

Here is a section of Amaranth & Ash and how it would have read if I had gone with this idea:

Evanscar inclined var head. Even with var soul packed up tight as a fist, Amaranth could feel the vasai’s eyes boring though var back as va made var way to the refreshments. Va handed var empty glass to Build, the pel attendant. “Thank you,” pe said.

Then, Parnal appeared. Amaranth went to Eir immediately, took Eir hands, and bowed over them. “Can you forgive me?”

Parnal was a middle-aged Elai of solid proportions, a hair shorter than Amaranth but wider and thicker. Ei was balding, and the hair that remained was dark with flecks of gray and trimmed short. Eir eyes were pale blue, Eir face rectangular and stolid. “I wondered if perhaps I had done something to put you off,” Ei said.

Hmm. Interesting? Perhaps. But readable? Well… even I had to admit that the pronoun business was distracting. 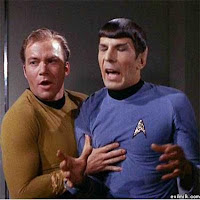 I had a decision to make. Was I going to market Amaranth and Ash as a romance, or as experimental science fiction? Call me mercenary if you like, but I had a pretty good idea of the respective markets for each. I knew I was choosing between getting Amaranth and Ash in front of a decent sized audience within the year, or in front of a tiny audience in two to three years, maybe. Since Amaranth and Ash began as a love story, I decided to do what I had to in order to keep the romance front and center for my readers. That meant scaling back on my adventures in pronouns quite a bit.

But I didn’t want to abandon the idea entirely. I decided to compromise by having individual vasai adopt a pronoun of choice that can be male, female, or gender neutral. While Amaranth identifies as male, Grail, a third major character in the book, identifies as gender neutral.

Now the question became what gender neutral pronouns to adopt. I have a wonderful editor at Loose Id, and she worked with the copyediting staff and me on this issue. We considered keeping the va, var, vars pronouns, but finally decided to go with sie and hir. Next to the colloquial use of the singular they, sie and hir are the most common gender neutral pronouns currently in use in English. They look more like what we expect to see as pronouns too, making them less distracting. Hopefully my approach serves to introduce the concept of gender neutral identity without turning the story into a vocabulary exercise. 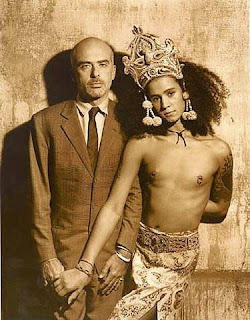 In the end, I’m highly satisfied with the way Amaranth & Ash turned out. The story is one of love across social boundaries and the backdrop of Ash and Amaranth’s love affair is the breakdown of a rigid hierarchy based on class and race. Gender identity is actually a minor part of the story, but it’s the part I struggled the most with because our own culture and language place so much emphasis on he and she as absolute and exclusive to one another.

You can buy Amaranth and Ash here.

I wonder what other kinds of ideas the conventions of our language make it difficult for us to have? What do you think?

Victoria Janssen [she, her] currently writes cozy space opera for Kalikoi. The novella series A Place of Refuge begins with Finding Refuge: Telepathic warrior Talia Avi, genius engineer Miki Boudreaux, and augmented soldier Faigin Balfour fought the fascist Federated Colonies for ten years, following the charismatic dissenter Jon Churchill. Then Jon disappeared, Talia was thought dead, and Miki and Faigin struggled to take Jon’s place and stay alive. When the FC is unexpectedly upended, Talia is reunited with her friends and they are given sanctuary on the enigmatic planet Refuge. The trio of former guerillas strive to recover from lifetimes of trauma, build new lives on a planet with endless horizons, and forge tender new connections with each other.
View all posts by Victoria Janssen →
This entry was posted in erotica, guest, sf/f, writing craft. Bookmark the permalink.