When Tanya Huff’s vampire novels were made into a television series, Blood Ties

, the original novels were re-released. The first time I read those books, I’d borrowed them from a friend. This time, I bought my own copies, since I was in the mood to reread them. 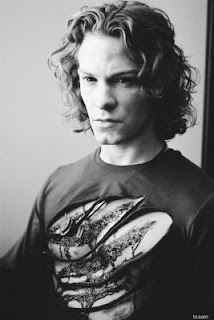 (This post is not about that television show, but I thought a visual of one of the show’s leads might interest some of you.)

What interested me most about the reissued novels was in Tanya Huff’s introduction. She noted that when the books were originally published, cell phones were not at all common. There were several plot incidents in the books that would have gone quite differently if the characters had been able to call each other!

When I think of plot and cell phones, the first show that pops into my mind is always The X-Files. Mulder and Scully were nearly glued to their phones, often exchanging huge chunks of dialogue while at widely-separated locations. In that case, cell phones became part of the world in which they operated, and integral parts of the story. Mulder and Scully with their cell phones also became part of the visual language of the show. 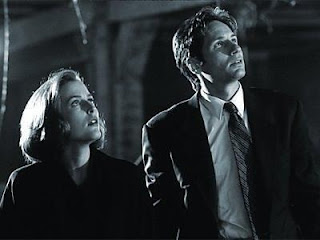 I think it’s a little trickier to integrate cell phones with novels. For one thing, a phone conversation requires extra writing decisions, such as how much to reveal of the “other” side of the conversation, how to include sensual details in among the dialogue, etc.. But much more importantly, how many plots would evaporate if the characters could only call someone for help? Not to mention all the thousands of applications that now go along with cell phones? If the characters need to be without their cell phones for something to happen, is it now obligatory to spend words on working in a reason? (I can’t help but be reminded of all the transporter issues they had to come up with in Star Trek.)

I can think of three approaches one could use. The first is to remove the cell phone at the point of action: heroine drops her cell out of the helicopter, the werewolf eats the hero’s cell phone, the hero who’s been using his cell as a GPS for days runs out of power at a critical moment. The second is to set up the lack of cell phone earlier in the story, which of course one can do by backtracking in one’s manuscript to create foreshadowing (your key to quality literature!). For instance, the heroine despises cell phones because she doesn’t like people calling her while she’s browsing in libraries, or the hero’s magical powers interfere with technology. The third is to have the character use the cell phone, but it isn’t any help – he gets voicemail when being attacked by a zombie, or she doesn’t have the phone number she needs.

No, wait, there’s a fourth option: no cell phones at all. But that’s a worldbuilding decision that will have a whole host of subsidiary effects.

Victoria Janssen [she, her] currently writes cozy space opera for Kalikoi. The novella series A Place of Refuge begins with Finding Refuge: Telepathic warrior Talia Avi, genius engineer Miki Boudreaux, and augmented soldier Faigin Balfour fought the fascist Federated Colonies for ten years, following the charismatic dissenter Jon Churchill. Then Jon disappeared, Talia was thought dead, and Miki and Faigin struggled to take Jon’s place and stay alive. When the FC is unexpectedly upended, Talia is reunited with her friends and they are given sanctuary on the enigmatic planet Refuge. The trio of former guerillas strive to recover from lifetimes of trauma, build new lives on a planet with endless horizons, and forge tender new connections with each other.
View all posts by Victoria Janssen →
This entry was posted in reading, television, writing craft. Bookmark the permalink.