It is so satisfying with the perfect research material for a work-in-progress drops from the sky.

This blog is syndicated on Facebook, and after seeing one of my posts about World War One research, a Facebook friend recommended a couple of additional research books to me. One of them was already on my list, but the other wasn’t, which gave me great joy.

will be a lovely complement to my other source on occupied Northern France; it looks at the war from a different angle which I can hopefully also incorporate into my novel. It’s important to me to know something of how people of the time felt about the events they were experiencing, and since I don’t have a time machine (alas!), research is the best method to help me feel my way inside the minds of the characters. 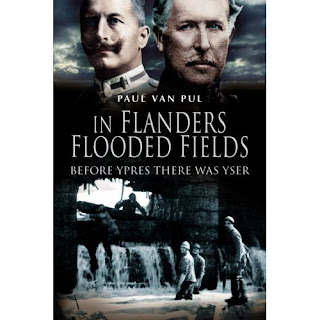 In Flanders Flooded Fields: Before Ypres There was Yser

by Paul Van Pul didn’t exactly fall from the sky – I searched it out myself. But after I’d made a note of it, I forgot I had it on my list! When I found the title again, weeks later, it certainly felt like the book had dropped out of the sky! It’s from British specialty publisher Pen and Sword, which mostly focuses on military history; this book was translated from Dutch. Most scholarship on World War One skims over the Belgian Army’s activities, so this in-depth book is a treasure for me. As a bonus, it reads very smoothly and has excellent explanatory maps.

You might wonder why I don’t research from primary materials. Sometimes I do – memoirs, newspapers, etc.. But for the most part I would prefer to have a book, especially when I’m in the midst of writing the novel I’m researching. I am such a geek that even the slightest whiff of primary research can send me into ecstasies for weeks; I will emerge with beautiful urns full of the coolest information ever, but I will not have progressed on the actual writing of my novel.

I do, however, go to primary materials when I need details – how much did this cost in that year? What kind of hat was in style? The trick is escaping from the delicious black hole of research, and staying focused like a laser on what I need to know right now.