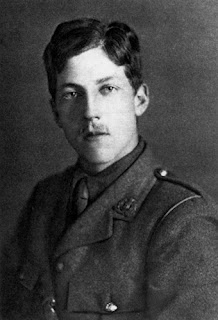 You are blind like us. Your hurt no man designed,
And no man claimed the conquest of your land.
But gropers both through fields of thought confined
We stumble and we do not understand.
You only saw your future bigly planned,
And we, the tapering paths of our own mind,
And in each others dearest ways we stand,
And hiss and hate. And the blind fight the blind.

When it is peace, then we may view again
With new won eyes each other’s truer form and wonder.
Grown more loving kind and warm
We’ll grasp firm hands and laugh at the old pain,
When it is peace. But until peace, the storm,
The darkness and the thunder and the rain.