For those who are interested, I’ve been collecting some links to reports on Readercon, which took place July 8-11, 2010. These are in no particular order, but grouped by topic. There are lots more than this. I recommend checking out Icerocket’s Blog Search if you want more and have a few days to read. 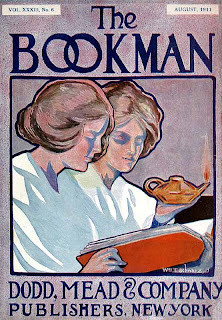 Rose Fox’s report. Gwynne Garfinkle on her first Readerson; and reports from Barbara Krasnoff and Inanna Arthen and K.A. Laity and Matthew Kressel.

Greer Gilman on some joys of Readercon, and Michael Swanwick shares the coolest thing he saw at Readercon.

The best panel quotes from Readercon, and more quotes, collected by Caitlín R. Kiernan. Beth Bernobich offers possibly the best quote of the con when she reports on “The Closet Door Dilated” panel.

Reports on Specific Panels and Talks

Andrea Hairston on “Sexuality and Gender in Contemporary F&SF.”

Andrew Liptak on “New England, At Home to the Unheimlich” panel. 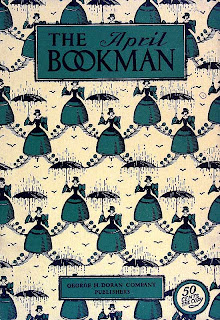 Cecilia Tan’s report on Alternatives to the Pay Per Copy System of Author Compensation.

Kestrell Verlager posted her talk on “What Writers Still Get Wrong About Blindness” in three parts as well as some panel notes.

Critic Graham Sleight’s talk on And so…. “… it’s remarkable that, in certain contexts, we put discrete entities like shots in a movie together into narrative. I think it’s even more interesting when you consider sentences in a prose narrative.”

DXMachina reports on a number of panels.

Report on the Shirley Jackson Awards for horror.

I’m a guest later this week at the Novelists, Inc. blog. I’ll have a direct link on Friday the 23rd, the date of the post.

Victoria Janssen [she, her] currently writes cozy space opera for Kalikoi. The novella series A Place of Refuge begins with Finding Refuge: Telepathic warrior Talia Avi, genius engineer Miki Boudreaux, and augmented soldier Faigin Balfour fought the fascist Federated Colonies for ten years, following the charismatic dissenter Jon Churchill. Then Jon disappeared, Talia was thought dead, and Miki and Faigin struggled to take Jon’s place and stay alive. When the FC is unexpectedly upended, Talia is reunited with her friends and they are given sanctuary on the enigmatic planet Refuge. The trio of former guerillas strive to recover from lifetimes of trauma, build new lives on a planet with endless horizons, and forge tender new connections with each other.
View all posts by Victoria Janssen →
This entry was posted in conferences, guest, links, sf/f. Bookmark the permalink.