The winner of the signed print copy of The Duke & The Pirate Queen, per Random.org, is Crystal Jordan. Congratulations, Crystal! I’ll email you to obtain your mailing address.

What do we know about wolves? They live in a social hierarchy which is lead by an Alpha. They mate for life and will defend that mate to their death. They’re loving, yet deathly lethal when the situation calls them to be. Needless to say, it’s not a surprise that readers are taken by such a beautiful animal when portrayed as a werewolf. 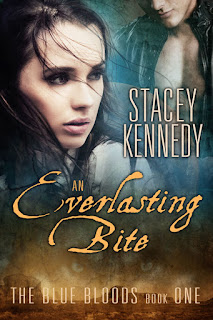 When I created my werewolves in An Everlasting Bite, I followed many of the same rules wolves adhere too. Alphas lead over lower ranking wolves. Their hearts are destined to only one mate. They’re territorial and vicious when provoked. But of course, I changed a few rules too. My wolves are immortal and can shift to a human on command. Not that it hurts any, more just a shift in senses when the magic brings on the change.

As I created the characters, Briggs and Rynn, it really gave me a chance to step outside of myself. To imagine what turning into a werewolf would be like. How every sound would be crisper, how paws would feel when dug into the dirt, and how the wind would feel across your fur. The experience was quite a ride. I suppose by feeling so connected to the wolf while I wrote this story it made me want to understand them more. Through research, I discovered just how playful they are with their pack. And it was this character trait that inspired one of my favourite scenes in An Everlasting Bite. Below I’ve included an excerpt that shows you the sweeter side to a werewolf:

Briggs howled loudly to the moon. When he lowered his head, his eyes shone of rightness, protection, and happiness. But more than that, they showed playfulness. He nudged her side with his nose, nodded toward the forest.

She immediately caught his meaning. She jumped to her feet, returned the look of play and pounced forward. As she ran, she glanced back to see Briggs hitting the ground with his paws in anticipation and wagging his tail. She focused in front of her and ran as if her life depended on it.

His howl came loud, but far away. He let her have a head start, but as she rushed through the trees, she could hear him fast approaching.

She lunged faster, continued to run harder. Her paws barely touched the ground as her speed increased. Her ears twitched back and he began to close the distance. Briggs’ wolf was three times the size of her as a wolf. Needless to say, it didn’t take him long to catch up.

She had an advantage, though, her small size made her slightly quicker. She could weave through trees with impeccable speed while he had to go around them. He couldn’t catch her. He ran to her right, but she never looked back. She didn’t have to. His presence was there, and she could feel his playful banter coursing through her. For wolves, she suspected this was about as fun as it came, and she felt silly right along with him.

Suddenly, he moved faster–lengthened his stride.

Oh crap! He was only humoring her that she could out run him. Before she knew it, he was behind her and gave her backside a little nibble. She skidded to a halt and glanced behind her. He rested, head down and rump in the air, tail wagging.

The wolf within her knew exactly what to do. She lunged toward him. He jumped out of the way to rest in the same position and waited for her attack. Even in his wolf form, his eyes were so amused. He enjoyed this and so did she.

He growled, the sound rumbled through the air as he called her forward. She pounced again, but this time she ended up right on her butt as he maneuvered away from her.
Determined, she crouched down in the position he displayed–the declaration of an attack. She lunged forward. This time he let her. When she collided with him, they rolled around within the leaves and dirt, nibbling at each other.

After a final tumble, she jumped away. When she met his gaze, his eyes were smiling. She couldn’t deny how fun this was. As wolves, this was happiness. She’d needed this. Just silly fun. No danger, only them.

Thank you, Victoria, for letting me stop by and share my werewolves with you! Now I ask all of you, what side do you like most to the wolf―the sweet side or their ferocious protective nature?

Victoria Janssen [she, her] currently writes cozy space opera for Kalikoi. The novella series A Place of Refuge begins with Finding Refuge: Telepathic warrior Talia Avi, genius engineer Miki Boudreaux, and augmented soldier Faigin Balfour fought the fascist Federated Colonies for ten years, following the charismatic dissenter Jon Churchill. Then Jon disappeared, Talia was thought dead, and Miki and Faigin struggled to take Jon’s place and stay alive. When the FC is unexpectedly upended, Talia is reunited with her friends and they are given sanctuary on the enigmatic planet Refuge. The trio of former guerillas strive to recover from lifetimes of trauma, build new lives on a planet with endless horizons, and forge tender new connections with each other.
View all posts by Victoria Janssen →
This entry was posted in guest, paranormal, werewolves. Bookmark the permalink.